Advantages of the Automatic Irrigation System

Just like many other technologies, the automatic irrigation system was also invented in the United States. The very first irrigation systems date back to the 1930s, from which the modern pop-up systems, the up-to-date versions of garden irrigation were developed.

Frequent irrigation is by all means indispensable to keep your garden gorgeous all through the year. In today’s rushing life most of us have no time to water our gardens, and we rather enjoy our little precious free-time then working in the garden.

Would you like your garden to be fresh and green every single day, without spending your entire life with gardening?

If so, it is time to invest in an automatic irrigation system. A professionally designed and installed system will save you time (i.e. it takes more then 2 hours to water a 500 sq m garden with hose), and you can count with some other advantages too:

It is the most recommended to water plants at dawn as in these hours the irrigation water will hardly evaporate. Your plants can receive water evenly to avoid over-irrigation (wastewater) or under-irrigation. This way you can save 40 % of water.

Your garden can stay fresh and green while being away on holiday, as irrigation is controlled by an automatic program.

In rainy weather due to the built-in rain sensors there is no superfluous irrigation.

The optimal irrigation can be provided even in special conditions (splays, clayey soil, plants with completely different water demand).

Your plants will grow faster and become more gorgeous, even after the irrigation season.

Your plants will be healthier and more resistant to diseases.

A built-in irrigation system increases the value of your property.

It was Orton Englehart, a Southern-Californian fruit productor who first invented and patented the impulse sprinkler in 1933. The new type of sprinkler was pioneer in irrigation as it made possible the more or less even irrigation of larger territories.

The neighbors of Orton Englehart, Clem and Mary LaFetra realized the future opportunities of the new sprinkler. In a short time they established a factory to produce „modern” sprinklers. Today this company is known as Rain Bird Manufacturing Corporation.

The company was named after a late Indian legend:

Long, long years ago the Earth was smitten by a tough drought. It lasted for almost a generation time, rivers and plants dried out, and except for children, everybody gave up the hope. One day a giant bird landed among the hopeless, and heard the plea of the children. Then the bird flew away and sent them the vital rain. This bird was the rain bird.

Hunter further sought new opportunities as his company became a mainstream irrigation technique enterprise between 1952 and 1962. The key to his fast success was the continuous development: he created and later published in the SUNSET magazine the first thermostat control and rain sensor. The innovations were followed by more innovations, such as the controls and hydraulic valves, and the plastic gear drive sprinkler head. This was a real breakthrough in the development of irrigation systems as earlier sprinklers used to be made from brass or cast iron. However these materials corroded faster, had a short lifespan and were harder to design then the modern plastic sprinklers. This also helped the company to further develop as the production of plastic sprinklers were way cheaper then that of traditional metal sprinklers.

As plastic technology developed, Hunter created the first rubber lined diaphragm valve. The company became more and more popular and they even gained the confidence of architectures, contractors, traders and consumers. The developments and innovations of the Moist O’Matic rose the attention of the Toro company. Ed Hunter sold his company to Toro in 1962. Until then, Toro only produced lawnmowers and park cultivation equipments, but the expansion let it open the irrigation techniques department. Hunter spent another 19 years at Toro as the Director of Design and Development creating a wide range of worldwide innovations in the field of irrigation techniques.

Ed Hunter left Toro in 1981. Together with his children and his wife he established Hunter Industries, opening new dimensions in the irrigation techniques. The Hunter team introduced new technologies in all fields of irrigation to make automatic irrigation more up-to-date. After 13 years of continuous development the Hunter company became the most respected producer and developer of irrigation technique equipments all over the world. Unfortunately Ed Hunter died in 1999, but his intellectual heritage is being carried on by his family and colleagues….and by us. 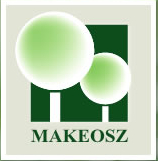